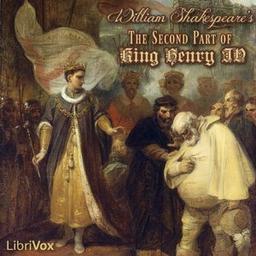 This sequel and third entry of the Henriad immediately follows the events of Henry IV, Part 1 and the aftermath of the Battle of Shrewsbury, which saw the Percys’ rebellion against the King quashed and its leader, Hotspur, killed in combat with the Prince of Wales. Upon hearing of Hotspur’s death, his father, the Earl of Northumberland, vows to avenge him, and unites with the Archbishop of York and other discontented nobles to continue the civil unrest. Meanwhile, the boastful knight Falstaff—having emerged from Shrewsbury with greater wealth and repute—resumes his drunken misadventures in Eastcheap with a new page and swaggering ensign in tow, attracting the attentions of the coarse Doll Tearsheet and the ire of the impatient Mistress Quickly. His former companion Prince Hal, however, is now preoccupied with his father’s failing health and the weight of responsibility that will soon accompany his ascendance to the throne. While the rebel leaders plot their next moves and Falstaff bumbles his way out of tight spots and helps to recruit forces for the coming skirmish, the stage is set for an inevitable transition of power. The question is: who will end up gaining the most, and who will come up short? With a tone that is at once raucous and mournful, this peculiar work forces us to meditate on disease, death and destiny in a way that only a master like Shakespeare can accomplish.

And to perform it all? Three men (Craig Franklin, Tomas Peter, and Brad “Hamlet” Filippone) and two women (Jenn Broda and Kelly S. Taylor), determined to give you a performance of Shakespeare's work that you will never forget. You thought you knew your Shakespeare? Well, think again! - Summary by Tomas Peter

You are listening Second Part of King Henry IV (version 2) audio by William Shakespeare.
Dont forget to share if you like it.
If there is a problem or copyright issue. Let us know by sending the link of this page to email: report@audioaz.com.
Report