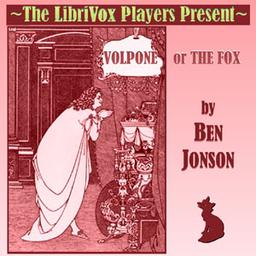 Volpone, or, The Fox

Volpone is a comedy by Ben Jonson first produced in 1606, drawing on elements of city comedy and beast fable. A merciless satire of greed and lust, it remains Jonson's most-performed play, and it is among the finest Jacobean Era comedies. Volpone is a Venetian gentleman who pretends to be on his deathbed, after a long illness, in order to dupe Voltore, Corbaccio, and Corvino, three men who aspire to inherit his fortune. In their turns, each man arrives to Volpone’s house bearing a luxurious gift, intent upon having his name inscribed to the will of Volpone, as his heir. Mosca, Volpone’s parasite servant, encourages each man, Voltore, Corbaccio, and Corvino, to believe that he has been named heir to Volpone’s fortune; in the course of which, Mosca persuades Corbaccio to disinherit his own son in favour of Volpone. - Summary by Wikipedia

You are listening Volpone, or, The Fox audio by Ben Jonson.
Dont forget to share if you like it.
If there is a problem or copyright issue. Let us know by sending the link of this page to email: report@audioaz.com.
Report

Life and Death of Doctor Faustus Made into a Farce

Much Ado About Nothing (version 2)