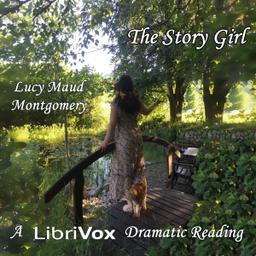 You are listening Story Girl (Version 2 Dramatic Reading) audio by Lucy Maud Montgomery.
Dont forget to share if you like it.
If there is a problem or copyright issue. Let us know by sending the link of this page to email: report@audioaz.com.
Report

Carlisle on St. Edwards Island may appear to the outside world to be a quiet, rural farming town, but to a group of 8 teens and tweens, its forests, fields, and orchards are places of enchantment, wonder, and adventure!

The Story Girl’s captivating tales toss Bev, Felix, Cecily, Felicity, Dan, Peter, Sara, and the Story Girl into mystical, magical, and spiritual worlds filled with princesses, sailors, mythological beings, and cosmological loves. The children find themselves running through ancient forests, shooting with the stars, sailing with treasure hunters, crossing rainbows with gods, spooking alongside the family ghosts, and discovering loves lost, loves found, and loves eternal. Through their real-life adventures, conflicts, and crises, the children struggle to find their voices, figure out who they are, and discover their place in the world – all while developing lasting bonds of friendship and love, during the mystical, magical, mesmerizing adventure of growing up. (Summary by TJ Burns).