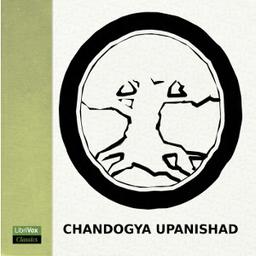 The Chandogya-upanishad belongs to the Sama-veda. It ranks among the oldest Upanishads, dating to the Brahmana period of Vedic Sanskrit (before the 8th century BC). It figures as number 9 in the Muktika canon of 108 Upanishads. It is part of the Chandogya Brahmana, which has ten Prapathakas (Parts). The first two Prapathakas of the Brahmana deal with sacrifices and other forms of worship. The other eight Prapathakas and their Khandas (Chapters) constitute the Chandogya Upanishad.

The Upanishadic literature is not a religious scripture and is free from dogma and doctrines. It is not a part of any religion but is a philosophy for all times and for all. German philosopher Arthur Schopenhauer, impressed by the Upanishads, called the texts "the production of the highest human wisdom". (Summary by Jothi)

You are listening Chandogya Upanishad audio by Unknown.
Dont forget to share if you like it.
If there is a problem or copyright issue. Let us know by sending the link of this page to email: report@audioaz.com.
Report