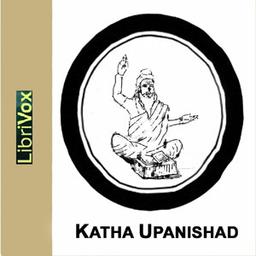 Katha-Upanishad is one the 11 principal Upanishads. Its chronology is contested as being between fifth century BCE and 1st millennium BCE.

The text presents Death as the Teacher and features a dialogue between an aspiring disciple, Nachiketas, the boy and a central character, and the Ruler of Death regarding the great Hereafter. It has two Adhyayas (chapters), each with three Valiis (sections), thus a total of six Vallis.

The Upanishadic literature is not a religious scripture and is free from dogma and doctrines. It is not a part of any religion but is a philosophy for all times and for all. German philosopher Arthur Schopenhauer, impressed by the Upanishads, called the texts "the production of the highest human wisdom". ( Summary by Jothi)

You are listening Katha Upanishad audio by Unknown.
Dont forget to share if you like it.
If there is a problem or copyright issue. Let us know by sending the link of this page to email: report@audioaz.com.
Report