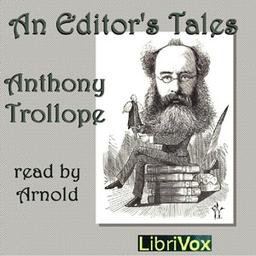 These 'tales' describe a series of encounters between various magazine editors and those who wish to have their works published. While containing some amusing bits, the tales are relatively grim, compared to most Trollope stories.

The Turkish Bath: This editor, visiting a Turkish bath, is accosted by an Irish stranger, who, after some conversation, requests to submit a manuscript to the magazine. The editor's reactions to the solicitation and subsequent familiarity with the writer's circumstances forms the frame of the story. Humor arises about the Turkish bathing situation, and the reluctance of editors to make themselves available to amateur writers.

Mary Gresley is the rather sad tale of a young girl's giving up her writing career to satisfy the deathbed wish of the curate she was engaged to. The editor, in this tale (and also in the next), became rather involved emotionally with the girl and wished her to continue writing.

Josephine de Montmorenci is actually the proposed pen name of a disabled young lady, who only became acquainted with the editor because her attractive sister in law initiallly pretended to be that author.

The Panjandrum (meaning 'appearing to be important') is a magazine proposed by a group of literate but incompatible, inexperienced, would-be writers. The clash of personalities brings about the demise of the venture.

The Spotted Dog offers another writer, down on his luck; he and his wife drink excessively. He had been well educated and the editor offers him the task of indexing the work of a third person, but his drunken wife destroys the manuscript.

Mrs. Brumby is the most amusing of the tales. In this one the editor encounters a poor writer who is, unfortunately for him also a remarkably aggressive and ambitious woman. (Summary by Arnold Banner)

You are listening Editor's Tales audio by Anthony Trollope.
Dont forget to share if you like it.
If there is a problem or copyright issue. Let us know by sending the link of this page to email: report@audioaz.com.
Report

Why Frau Frohmann Raised Her Prices and Other Stories

Changed Man And Other Tales

Life's Little Ironies; A Set Of Tales With Some Colloquial Sketches Entitled A Few Crusted Characters

Wounds In The Rain; War Stories