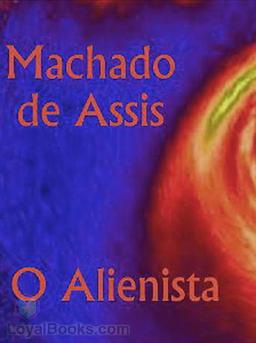 O Alienista follows a famous psychiatrist obsessed with discovering the universal panacea to cure every kind of mental malady. In his missionary zeal, he consigns not just the mentally dysfunctional but also perfectly healthy and well adjusted ones to his newly opened asylum, since he believes that prevention is better than a cure. A revolt breaks out among the villagers. The good doctor now believes that “normalcy” is a malady and needs to be cured which takes the story on a bizarre turn.

O Alienista is a satire written by the Brazilian writer Machado de Assis. It first appeared in a Rio de Janiero newspaper in 1881-82 in serial form and was translated into English in 1963. It caught the public imagination with its brilliant film adaptation The Alienist which was presented on screen in 1973. It has also appeared in several anthologies of short stories by writers from all over the world. O Alienista marks the debut of realism in novel-writing in Brazil. It also explores ideas of humanism, psychological analysis, mental health, the concept of judging what is “normal,” human attitudes and behavior. As an important vehicle of social criticism, the novel uses satire to effectively bring several important home-truths to the attention of the reading public.

Though it is too long to be called a short story and too short to be termed a complete novel, O Alienista can rightly be called a novella. The story opens with Dr Simon Bacamarte returning to his home in Itaguai. He is all fired up with the idea of devoting himself to discovering scientific and absolute cures for mental illnesses. He sets up his own treatment center called Casa Verde and in time, as he treats more and more patients, he begins to doubt his own theories about mental illness. His own wife seems a doubtful case as she dithers between different outfits to wear for a party, the overly religious Matim Brito, the vain Taylor Matheus and the gentle and submissive Gil Bernadus and many others also seem to be prime candidates who need “curing.” But Dr Simon's crusading enterprise soon falls afoul of the local sentiments and rebellion ensues. Does he emerge unscathed from the uprising? What happens to his pioneering efforts at the Casa Verde? These are questions that will be amusingly answered in the pages of this delightful book.

Readers who have loved satirical looks at contemporary social evils, oppression and suppression of opinion, everyday prejudices and prevailing myths about disease and health are sure to be absolutely entertained with O Alienista!

You are listening O Alienista audio by Machado de Assis.
Dont forget to share if you like it.
If there is a problem or copyright issue. Let us know by sending the link of this page to email: report@audioaz.com.
Report

The Adventures of Jimmie Dale

The Book of Wonder

The King in Yellow